When I was in my 20’s I ate continuously, and my diet was not good.

I can honestly say that most of what I ate was not food, it was stuff. 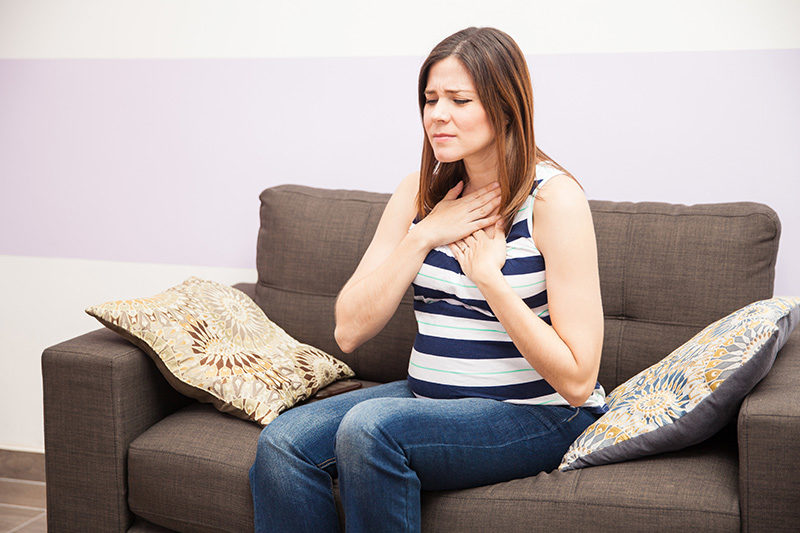 I got away with eating this way because I was fit, and I was grossly unaware of the consequences. I had cereal for breakfast, donuts at break, all the pop I wanted during the day, canned food, pasta, chips, ice cream and juice before bedtime. At one point, I pounded six cinnamon rolls for breakfast before work. I was a diabetic in the making, and I felt like crap most of the time. It was common for me to feel like I had just swallowed a brick and I lived with it because I didn’t have the sense to know (or care) about what the pain was or what it meant.

Heartburn is a descriptive term but it is very general, and it doesn’t tell you much about the underlying condition. So what it heartburn and how should you deal with it?

Heartburn is a term that describes the stabbing, burning sensation felt in the middle of the chest. There are several conditions that cause heartburn, and I will highlight them below. It is important to know the cause of the heartburn so that you can know how to fix it. Fortunately, diagnostic methods are constantly improving, and we have many tools at our disposal to figure out what’s going on. As a holistic practitioner, my primary interest is finding the cause and treating the condition with the least invasive method possible.

Here are some of the causes of heartburn:

Gastroesophageal reflux disease or GERD – is a condition in which the contents of the stomach including digestive enzymes and stomach acid are regurgitated into the esophagus. Indigestion is another term people often use to describe poor digestive function, and it can include heartburn. One of the primary features of GERD is reflux. Reflux happens when acid and digestive enzymes from the stomach are forced into the esophagus. There are several explanations for this:

Swallowing problems – this is a whole class of issues that involve the swallowing mechanism and the esophagus. It can be caused by issues in the nervous system, genetically inherited malformations, physical trauma, or by some of the functional digestive issues I mentioned above. If you have an issue in this area it can be difficult to swallow solid foods, it can cause coughing after eating, and result in pain that is similar to heartburn caused by GERD. It can also cause hoarseness, and result in regurgitation of the foods.

Cardiovascular issues – if you have problems with your heart, the pain can be referred to the same substernal area of your chest and feel exactly like heartburn.

How do you get rid of heartburn? That’s a simple question to answer: Treat the cause! Get a diagnosis and treat the problem. Ok, so I know that you wouldn’t need to read this article if you had all of the answers so I’m going to tell you how I like to approach things and hopefully you can find a thing or two you can use here.

This is how I approach a patient with heartburn. I will immediately rule out a cardiovascular condition, and after questioning and a short physical exam I determine if I need to refer for an EKG or if I can safely assume their condition is related to digestion. If the patient has digestive issues then I determine if they have GERD or a swallowing problem. A few questions here can address my suspicions. If I determine that the problem is coming from the esophagus then I need to find out if it is a neurological issue or if it’s caused by a functional digestive problem. If the problem is coming from the stomach itself then I will give them a plan to implement dietary interventions and consider the use of proton pump inhibitors for a short time. I know, that sounds awful coming from a naturopath but look, the whole point of using medication is to figure out the cause and if it can effectively rule out the cause for 50% of the patients that present to my office with heartburn, I’m going to use it. With that said here is my basic plan that I use with people who present to my office with heartburn related to GERD or with esophageal problems that I think are related to diet. 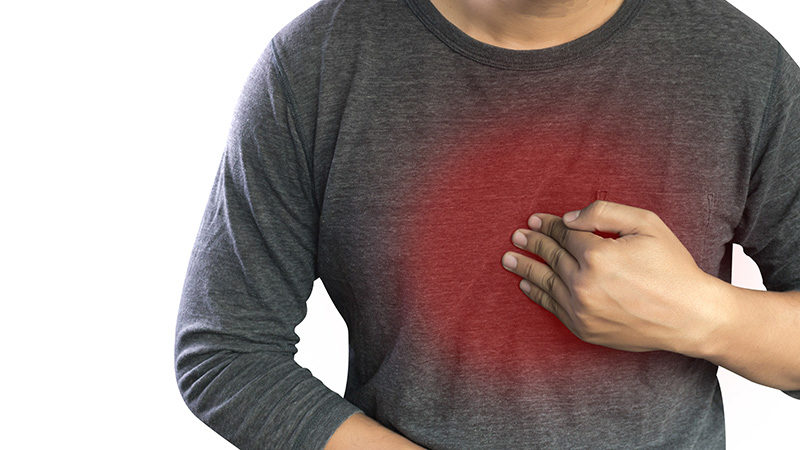 Stop eating food for 24-48 hours and see what happens. If you have a problem in the esophagus, the pain will usually go away. Same thing goes for the stomach, if the pain goes away, then you reintroduce foods slowly back into the diet.
Temporarily remove these food’s from the diet: dairy, simple carbohydrates, coffee, alcohol, chocolate, spicy foods, and fatty foods. They can be added back into the diet one at a time as long as there are no symptoms.

Chew your food very slowly and cut your portions in half for a week.
Stop drinking water or other liquids with your meals.

Don’t use mints after meals
Don’t eat food within 4 hours of reclining in a chair or going to bed.

Take proton pump inhibitors for two weeks and see if there is a response. If there is, and the condition improves, then the patient has to make a choice to continue using them at a low dose or investigate the cause.

Others should consider histamine and its effect on the production of stomach acid. High levels of blood histamine can stimulate excessive levels the production of stomach acid. A simple test can help you determine if this is a problem.
There are many considerations when it comes to dealing with heartburn. If you follow the order of treatments I suggested above then you will likely see improvement in your condition.

The one thing I will say is you should not take proton pump inhibitors long term because they will adversely affect your GI tract, your hormone levels and in turn your whole body.